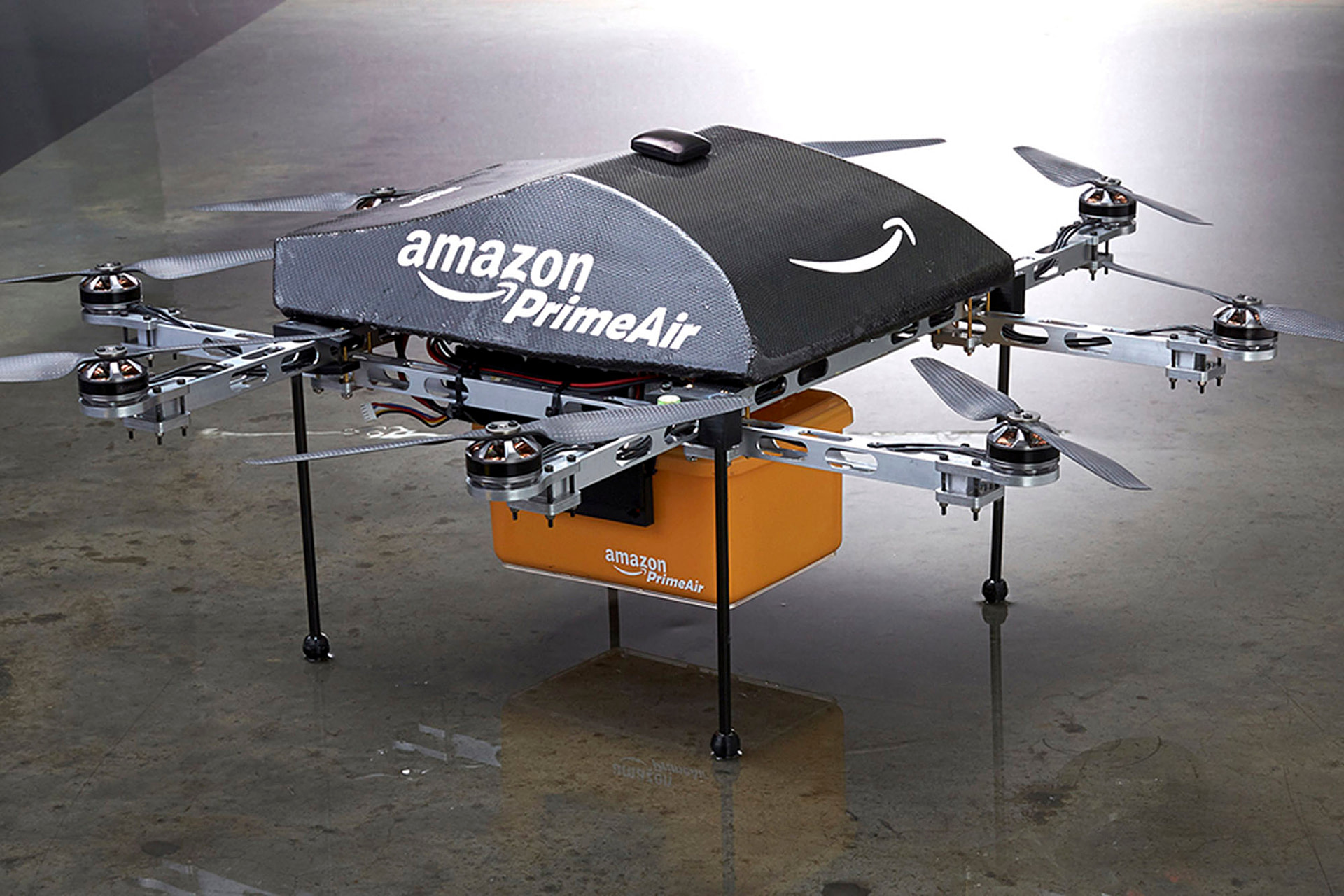 Amazon’s wholesaler says it plans to use tens of thousands of small UAVs in the next four to five years to deliver packages to customers’ homes.

Jeff Bezos, CEO of the US company, told AFP on Monday, December 11, that the company “can deliver the package within a half-hour to the customer” using these small flying machines.

“Our drones are capable of carrying packages of up to 1.2kg, and 5% of our products are about the same weight,” he added.

“I know it’s like science fiction, but there’s no reason not to use the UAV for package delivery,” the Amazon CEO said.

A video posted on Amazon’s website to show how this new design works, shows an Amazon packaging plant in which packages reach small helicopter drones with a conveyor ready to fly.

The drones then attach the packages to the bottom of the body with clamps and fly out of the factory area and deliver the package to the customer’s home.

Amazon’s airmail design is called Prime Air, and the drones have eight small helicopter propellers, with four metal landing pads beneath them.

According to AFP, these drones are powered by electric motors and can cover up to 5 kilometers within the Amazon packaging depots.

In an interview with CBS Television, the Amazon CEO also explained that the US Federal Aviation Administration is currently reviewing corporate licensing rules for commercial use of drones, adding: They will work. ”

Reports indicate that if the Prime Air plan succeeds, other wholesalers, including Wal-Mart and even pizzas, will use UAVs to deliver goods and food to customers.

CNN news website reported in September this year that a Chinese shipping company, SS Express, was already launching a pilot test drone in Dongguan, and the technology could be widely used in China because of Chinese law. , Contrary to current US law, allows this.

Recently, in the wake of a severe storm that swept across the Philippines, Denmark sent drones to the flooded area, which have been able to help rescuers by taking detailed photographs of the area.

Various media outlets have also reported reports of the use of small and large drones to provide immediate relief to disaster-stricken areas.

In addition to these benefits, the media has also warned about some of the disadvantages of UAVs, including the issue of security and the possibility of drones or pedestrians crashing into cars.

Also in Western countries such as the Netherlands and Belgium, which has become more commonplace for citizens to purchase small UAVs, the issue of privacy violations has been the subject of media coverage.

In the Netherlands, for example, the issue of whether UAVs are allowed to shoot from above is a subject of debate in the country’s parliament and calls for bills to be tabled.